Faculty of Mathematics and Physics
Charles University in Prague 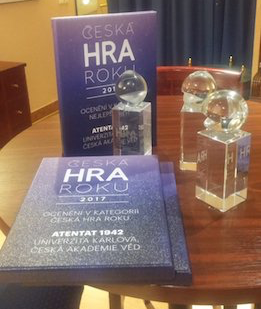 This game was the result of a unique collaboration between KSVI in the Math-Physics Faculty of Charles University (led by programmer Jakub Gemrot), game designers from the Faculty of Arts of Charles University (led by Vít Šisler) and historians from the Institute of Contemporary History in the Czech Academy of Sciences (led by historian Jaroslav Cuhra). The game tells the story of the Nazi occupation of Czechoslovakia from the perspective of those who experienced it firsthand. The game is built on dialogues with survivors, interactive comics, and authentic historical footage. The characters and their stories are fictitious, but were created on the basis of historical research and testimony from the occupation period. Even though the game originated as a purely academic project, it has asserted itself in the highly competitive game industry, as demonstrated by the exceptional awards it has won: the top prize at the international video game festival A MAZE (Berlín, 2018), a nomination in the category Excellence in Narrative at the prestigious IGF festival (San Francisco, 2018) and a silver medal at the Game Development World Championship competition (Helsinki, 2017). More at the Attentat 1942 web site. 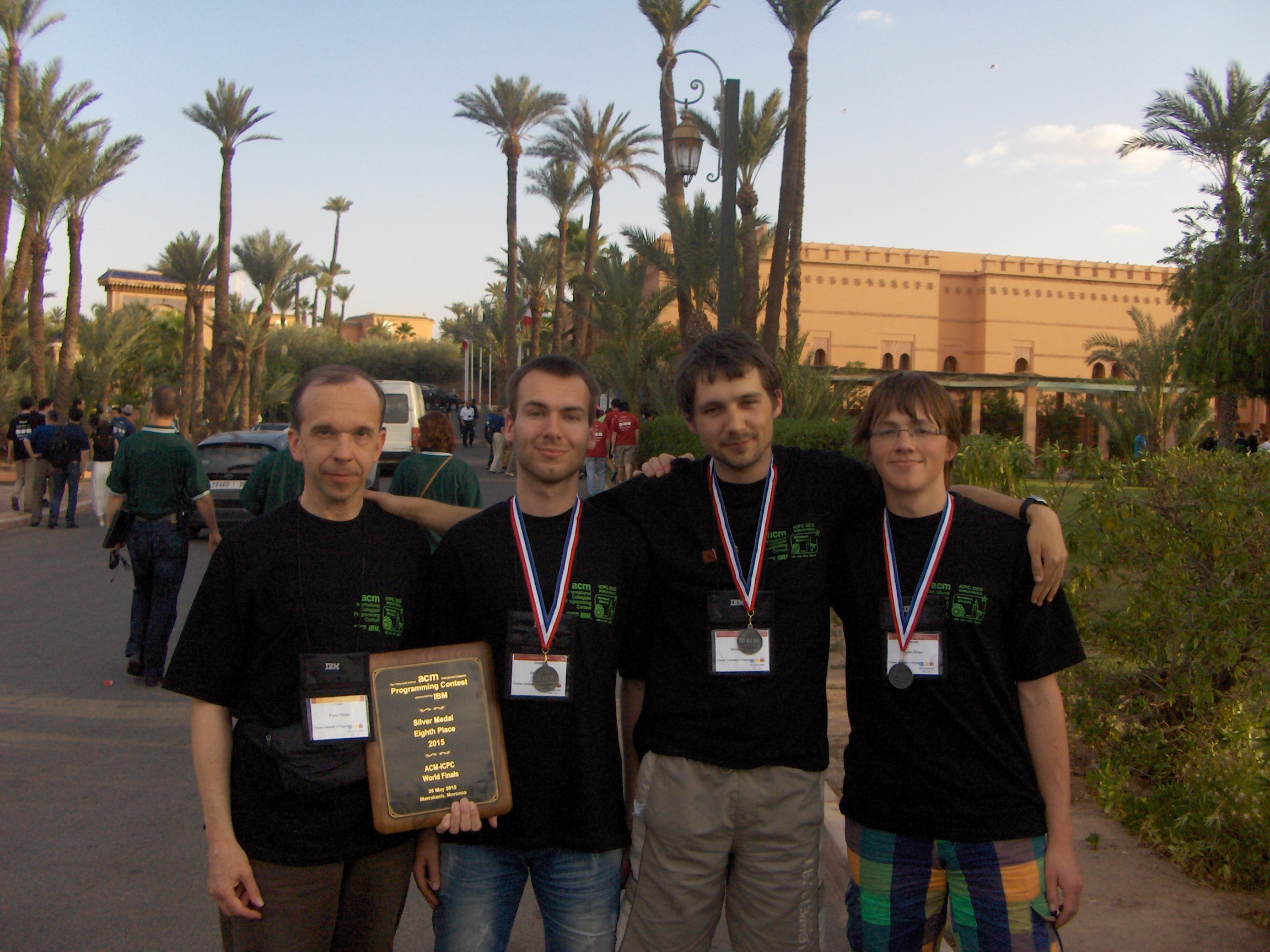 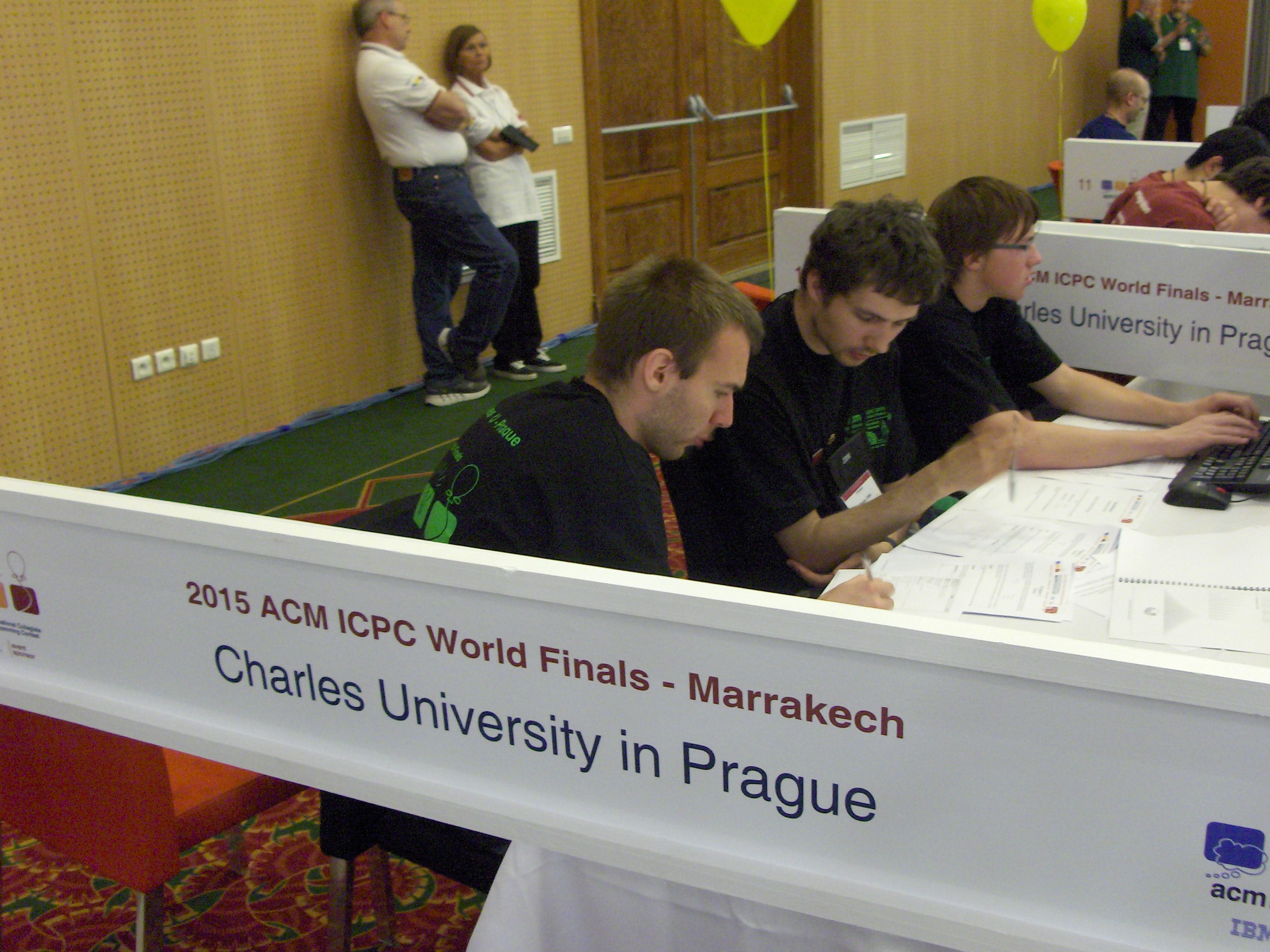 This contest is a worldwide programming competition in which teams of three university students compete. The professional Association for Computing Machinery organizes the contest, and every year students from more than two thousand universities participate. Teams representing the Math-Physics Faculty of Charles University coached by Pavel Töpfer (KSVI) won a gold medal in 1998 and a silver medal in 2015. 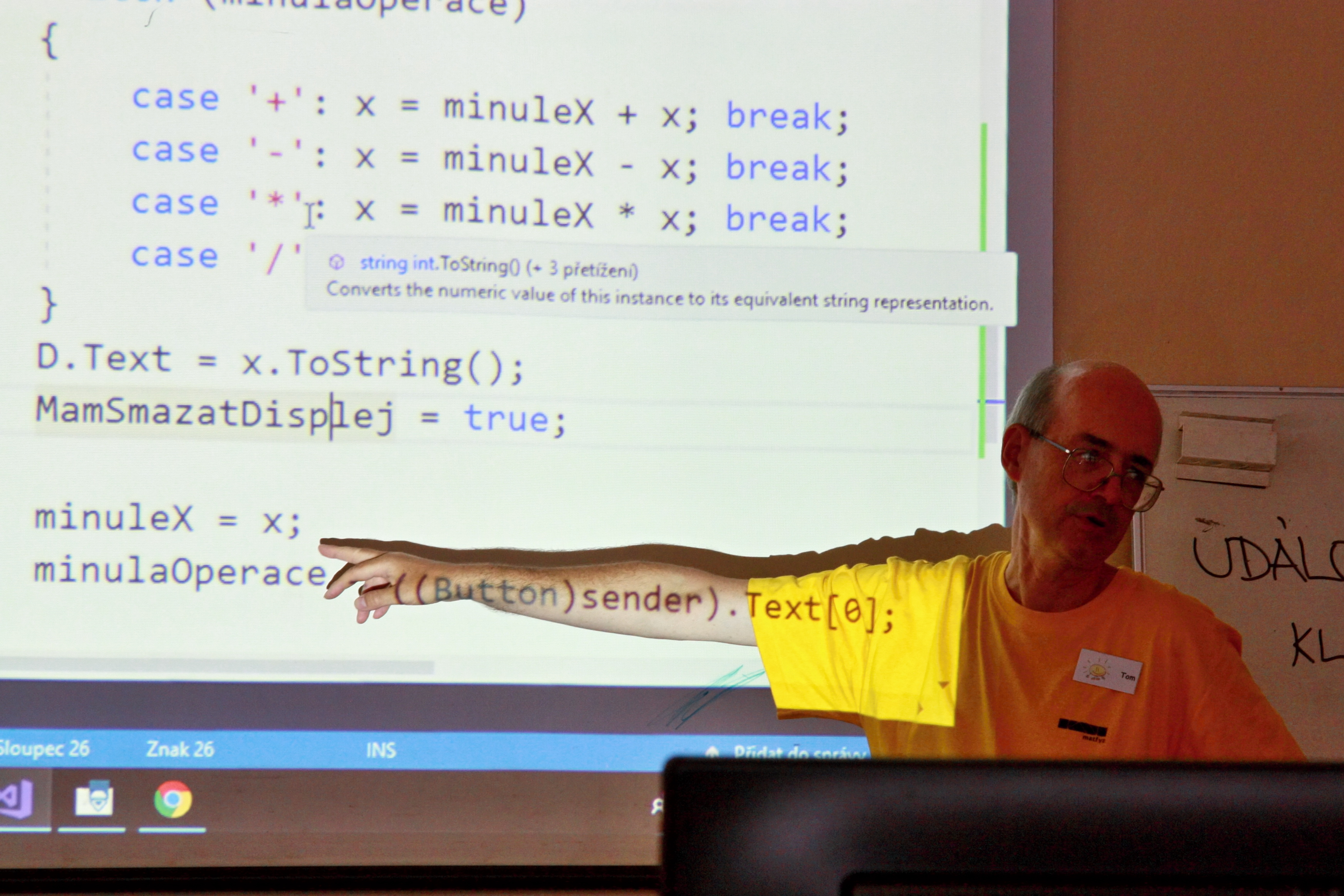 The goal of this intensive summer course is to update the knowledge of contemporary computer science teachers in light of the rapid development of this field. Since 1993, when our department first organized this summer program, it has successfully taken place 26 times, and more than a thousand teachers from various kinds of schools have participated. At present the School of Computer Science Teachers is included in the system of further education for teachers accredited by the Czech Ministry of Education and Youth and is financially supported by the European Social Fund through its operating program Education for Competitiveness.

Category P of the Mathematical Olympiad

This top-level nationwide competition in algorithms and programming originated more than 30 years ago in our department. Throughout its existence the technical and organizational center of this competition has been at KSVI, and Pavel Töpfer is the vice president of the Central Committee of the Mathematical Olympiad responsible for Category P.

This seminar serves not only for competition, but also mainly for the regular education of all talented students from elementary schools and high schools who are interested in computer science and programming. The seminar was founded in 1987 by Pavel Töpfer, who continued to act as its leader and organizer until 2007. At present the team of organizers of the seminar works under the direction of Martin Mareš from the Applied Mathematics department.